Budget, what Budget? Here, Have a MaiMai who's Hawt and be Happy! - Cat's♡Ai PV Review

All thoughts and opinions on this group, their music videos and music are entirely my own thoughts and no one else's. You don't like my opinion? That's your opinion then, isn't it? I am here to give my opinion, and no one can dictate how I think or feel about someone. If you don't like it, then aye okay, but don't go trying to make me like or dislike something just because that is how you feel, got it? OKAY!
Oh boy, I feel like you will all read this and wonder what the heck I was on...
Though I do remember drinking cider earlier, but not much...
Though it doesn't take much to get my hyper and act stupid when writing... urgh... 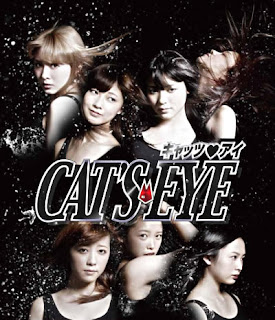 And that's the story I'm sticking to when I need to back up my reason to as why I somewhat like this MV, despite how cheap and boring it can be.


This PV is basic... it's a fucking dance shot, for crying out loud! You can't get as basic as that! But the fact that I am entertained and taken in by the girls themselves, even the half-assed dancer Risuckoh, means something. Even when the girls really don't have anything else other than the dance shot and, well, themselves, they can clearly make the MV a little interesting just by being there.
Oh, and by wearing skimpy leather-like outfits, of course. That always catches someone's attention.
Though from the beginning I had no hope for this PV. Watching the preview determined that I already knew that this video would be a dance shot and probably nothing else... Well, I also thought that a few random solo shots would be thrown in, but wow, UFA are cheap asses with this video. They only really shot the dance and nothing else! Throw in cheap effects like they did with One Two Three and it looks like they called it a day.
But I do like it, just like I liked the cheapness of Chou! HAPPY SONG. I like how the girls look and act in this video, it's a lot more entertaining to watch them for some reason. They look and feel more mature and a lot more, dare I say it? Sexy? Yeah, they do. And it's weird how I find this to be a great video based on the sex appeal of the girls despite how much it bloody lacks!
Well, at least they know how to flaunt it, and I like that, despite the lack of story (I would have loved a story where they steal from the bank or whatever) and lack of consistency, it was quite a nice video to watch. A lot of people will find it boring, but I find it quite nice to watch if I want to see the girls parading around, looking a lot more mature than normal. Especially Mai...
Oh damn, that Mai! She really stood out in this video as the most mature and sexiest in this video in my opinions. Risako looked too much like a bee to be considered anything but boring, and the others really didn't show anything that I haven't seen before, but Mai really stood out to me and brought out that little Diva I haven't seen before. She's really begun to mature lately, and she's standing out a lot more.
I'm bloody glad she got a great deal of the lines in this song, because she sounds great (even when she is auto tuned) and looks amazing in the video. In fact, going back to the beginning of this post, she's the entire reason why I like this cheap ass video. Even Risako's half-assed dancing and horrible vocals can't ruin the song and video with Mai in it! 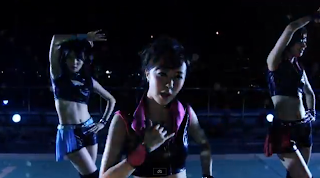 Thugh Saki looks hot too, and she really brings a great amount of wonder to this auto-tune filled song with her immense rapping. Man, I love it when Saki raps! So glad Miya couldn't be here to ruin it! 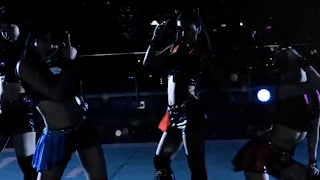 Yeah... the song itself? It's filled with a crap-tonne of Auto-tune, to put it gently.

I honestly thought that I would hate this song, but the auto-tune weirdly fits with everyone's voices, and makes Risako sound about 2% better in a way, though it really only just does Nakky and Mai justice in this song - those two girls sound amazing with auto-tune. The others? Yurina still sounds like she's bored, Maimi sounds okay, Maasa is good as always, and I love Saki's rap, but really, the only stand-out girls for me in the singing department was Nakky and Mai, because their voices fit the auto-tune better than the other girls, though props to Maimi, because I actually liked her voice in this.

But yeah, I like the song. I thought that I would hate it with a passion because I seriously hated One Two Three due to the amount of auto-tune, but I seem to have taken a liking to it, though UFA still continue to show that they send in idiots into the editing suite to play with the auto-tune, because it's all over the place and can get boring. VARIETY, PEOPLE! Where is your VARIETY?

It's a PV that's boring unless you like girls in leather acting sexy, and a crap-tonne of auto-tune, but other than that... it's basic, cheap and the song can sound messy to some people...

Then again, UFA have always seemed to pick girls who are great personalities on camera despite the lack of plot, substance or consistency through a video. So thank goodnes for BerriKyuu having personality and sexy bodies in this video, or I would have died a little inside and cried my heart out.