All opinions within this blog are my own and no one else's - if you do not like my opinion, then you are free to leave the blog. Whilst you may not agree with me, this is my opinion and not yours~ Let's just be happy and agree to disagree! Wheee~
If there is one thing that I like about Korean music, it is their music videos - both Korean and Chinese singers really know how to create a storyline, one which really hooks you in and allows you to enjoy the musician as well as the video. Visually, Korean and Chinese music videos win hands down, especially when given a strong storyline... but how does that translate when they cover their song in Japanese? 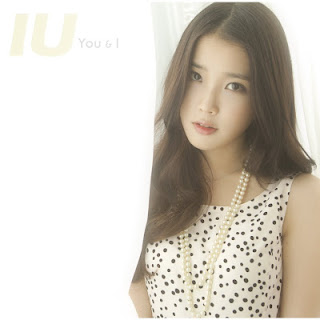 IU recently made her Jpop debut with her hit song, Good Day, and I was smitten with that video - it was visually appealing, very beautiful, and I preferred it over the original video. So, when I saw the teaser for IU's Japanese release of You & I, I became excited. I wanted something as wonderful as Good Day, and as appealing visually, whilst still keeping ties with the original music video itself, because honestly, You & I is a stunning video, so of course, I would like to see a nice MV for the Japanese release of such an amazing song by one of the few Kpop singers I like.
So, did it translate well?
... I guess so, but it certainly did confuse me the first time around, but it also drew me in and made me think about what this video was about, too. 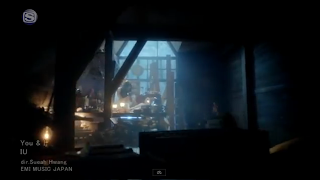 Visually speaking, the video is gorgeous - I don't really watch many Japanese MV's that strike me as absolutely breathtaking in terms of location (other than ManoEri's latest, Song for the DATE) because I do watch a limited amount of groups, but watching this MV, I was really happy to see that they had kept that Fairytale like quality in the scenery for IU's You & I, as well as keeping an antique look to everything which suits IU's image quite well. 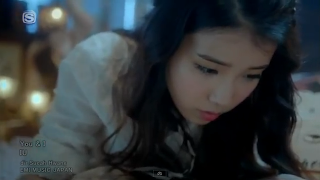 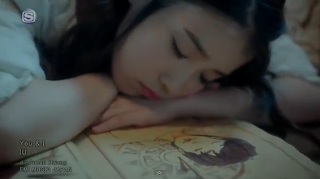 IU herself looks absolutely wonderful in this video - is it just me, or does she look younger? For some reason, whilst watching the video, I felt a strange sense of a more child-like IU who was slowly growing into an adult, much like the original concept of You & I's original music video, but here it seemed more like she was actually a child who slowly matured throughout the video. Maybe it was just how she looked throughout the video, her makeup or how her hair is - either way, that sense of innocence and purity really struck me in this video, and I enjoyed seeing this side of IU - it actually made me realise how appealing she was. 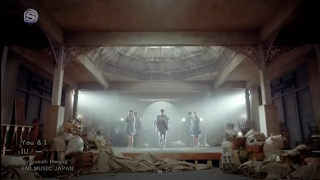 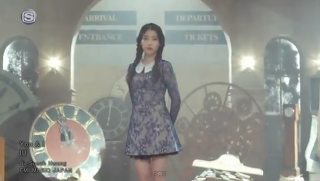 I actually feel like she stood out to me more in this video than in the original - honestly, I found this more innocent and pure image more enjoyable to watch, I was enchanted by how IU looked and how she portrayed her character. Whilst I liked that earnest, impatient character she had portrayed in the original video, the girl who wanted to be with her love no matter what, I really took to IU's child-like character with innocence and curiosity. It was like seeing a new side to her, one who didn't have the burden of love and one who was experiencing new things and learning more about life. 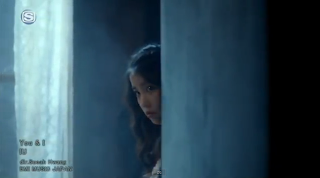 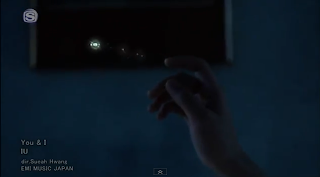 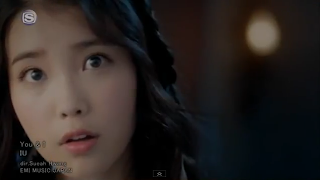 How she looks and acts is absolutely mesmerising in this video - Her looks of pure amazement and wonder as she walks down the halls in the video are charming, and the innocence she has is endearing towards the audience. She really made me believe that she was amazed by what was happening around her, and I felt a sense of magic as she strolled through the corridors, searching for the story in her book and the answers she needed to complete that very story. Her constant look of amazement and curiosity really took me in, and it really appealed to me how she could just change her character and become this new person. 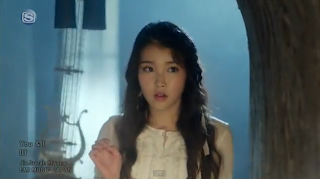 I actually felt like I was watching a fairytale - some of the scenes were so beautifully shot that I was reminded of stories I used to read as a child, as well as worlds that I imagined when thinking of my favourite fairytales.
I feel that when a video can transition that magical like quality into it along with a fairytale like song, it makes a great video - and that is what this video is. It's absolutely beautiful, a video which really looks and feels like a fairytale and shows a sense of magic to it whilst also bringing nostalgia to fairytale lovers. It doesn't go over the top, and it doesn't disappoint either. The visuals and the small storyline really give it a magical feeling, and it makes the video worth watching, especially if you are a lover of stories or fairytales. 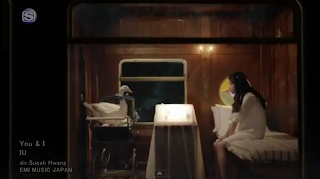 Now, the video itself, whilst very beautiful to watch, was honestly confusing at first. The original video for You  I tells the story of a 19 year old girl who is waiting for a sleeping man to wake up, but he will only awaken when she has become an adult. Impatient and wishing that time would go faster, the girl begins to create a time machine after seeing images of the two of them together in the future. Finally, when she makes the Time Machine and steps into it, she becomes an adult and the man wakes up, only to see glimpses of her as she leaves in the time machine. They later meet in the future, and that is how the video ends.

This MV however takes a slightly different approach - instead of the romantic side to the story, we see IU in bed, reading a book that hints at the story from the original music video. The story follows with IU falling asleep, before being awoken to find that something is happening, and ventures out of her room where she finds that time is going faster, and that there is a goose from her story leading her to a train. Later on, she finds the room where the lovers in her story were, and eventually finds the Time Machine. Upon entering it, she herself disappears into a new time... 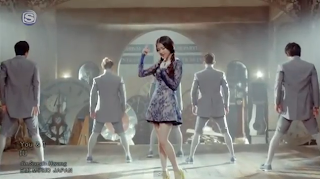 Now, I don't know about you guys, but for me, this story was confusing at first. I didn't know what was happening at all. Yes, I enjoyed the visuals, and I loved how IU looked throughout the entire video - but I didn't really grasp the concept at all. And then I came to a conclusion:
This might be a prequel or a sequel to the original You & I.
Now, what I am saying is not definite, but it is the conclusion I eventually came to - watching IU, who looked younger and more innocent than in her previous version, step into the time machine after reading a story about a girl who wanted to become an adult to meet her love, made me think about how this could be IU herself going to the future to become that girl, or becoming the character within that story. Even now, my own conclusion doesn't make any sense and has various plot holes, such as the time machine already being there with her as she travels, however I feel that right now, the conclusion I had come up with made more sense than what the storyline in the video itself did. 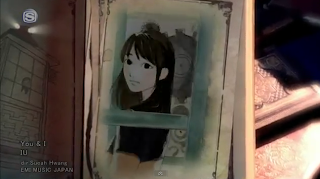 But, even if the storyline to this video does not really match the video to the original You & I, I really enjoyed the video itself and the allusions to the original storyline through the storybook. I felt like I was venturing through a fairytale with IU, experiencing what she saw and taking in what was happening. It was amazing to watch the video and see the expressions that IU made as well as to see the location they used and how they filmed everything. The video and IU herself had a magical feeling to it which really drew me in and made me fall in love with the video.

I love the original video for You & I because of how beautiful it is, and how much effort was put into it, but this video is equally beautiful, and matches the tone, but has more innocence within it and shows a more vulnerable and impressionable IU. It was great to see a totally different side to her character in this video, and I really liked how different the two characters are within the two videos. 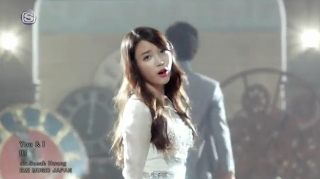 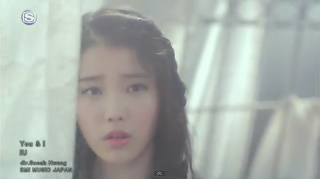 IU is absolutely amazing - she's a beautiful singer, and she portrays her character well throughout the video. I was entranced by her performance in this video, and throughout it, I realised just why she was Korea's Sweetheart - she has a certain appeal about her which just takes you in, no matter what your gender, and she caters to everyone. She has that air of innocence about her that seems to attract you to her, and she is extremely likeable. I just became taken with her in this video, more so than I did in the original You & I. I feel like I've truly fallen for IU because of the Japanese music video for this song. 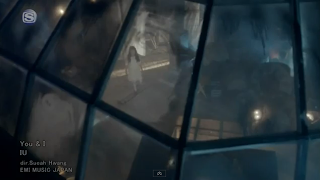 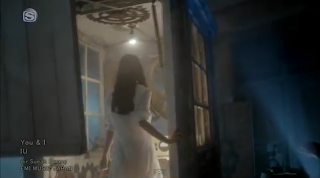 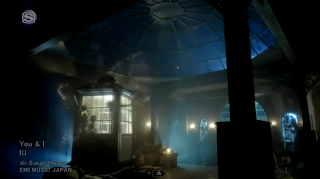 This video is absolutely enchanting - and it's not because of just the scenery or the props. IU herself is magical throughout this video, and she truly appealed to me the more I watched. I was blown away by her performance, the set and the song. She is a powerful singer, a beautiful young woman and a mesmerising performer, and I don't think that I have been so taken with her like I have with this video. She gave a mind blowing performance, and despite the lack of storyline, the emotion and effort IU put into this video, as well as the gorgeous scenery and the great dancing, really made up for it. I enjoyed this new version of You & I, and I am really happy that IU was able to create a Japanese release of this song, because it is my favourite song by her. 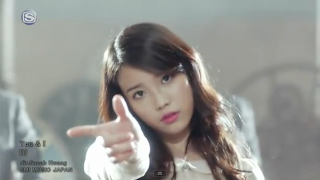 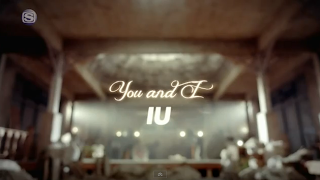 IU's a treasure herself, and whilst fans may be disappointed by the lack of storyline and the allusions to the original video, I find it charming and worth a watch. Whilst you may not be taken with the video itself, allow IU herself to take you in with her performance and win you over.
Enjoy~
Chiima~