Finally, Kikka, I like another one of your songs! - Kikkawa Yuu's Koko Kara Hajimarunda Single Review

Kikkawa Yuu (I refuse to call her 'You') is the Hello! Project Egg turned soloist, being one of the more anticipated debuts for Hello! Project fans in 2011 since... well, since she got shafted in the Gen 8 auditions, if I'm correct.
So, in 2011 she debuted as a soloist under Universal Music, and has a pretty good career since then, such as producing four singles and an album as well as a photobook and also appearing in her own documentary-movie as well as appearing as a lead role in the movie, Cheerfu11y. 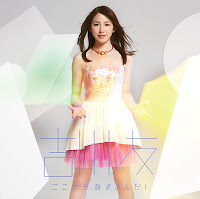 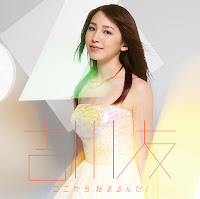