Sashihara Rino in a Scandal!? 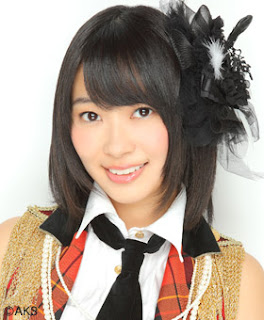 I care about very few members in AKB48, but the two that I do tend to take notice of are Watanabe Mayu and Sashihara Rino. Mayu, because she's really appealing in an intriguing way, and Sashihara Rino because... well, she's adorable, she's a total Idol fangirl (She's a Yurina fan~) and my sister really likes her, so I tend to take more notice of articles and news pieces on those two rather than any other AKB48 member... Oh, and Mariko, but she's done so little that I know of...

But tonight/this early morning, as I browsed through the internet for news to put into Okay! Musume Digest, I decided to click on Arama, and found something... well, horrible...

Rino's in a scandal? 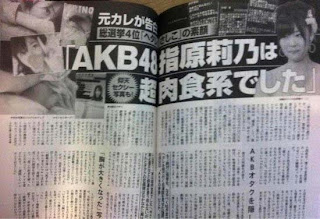 Seriously. What. The. FRICK?


Now, if you're wondering - no, I am not mad that Sasshi is in a scandal. I'm mad at the fact that this guy is apparently a former boyfriend.

So, before I let my feelings blow up this entire post, the scandal is basically this: Sashihara Rino's ex-boyfriend has leaked out some information regarding his relationship with Sasshi, one that they had when she was 16 whilst she was in AKB48. Apparently, the details he leaked stated that she was a rather precocious girl for her age.

Here's the snippet that was taken from the article, courtesy of Arama:


“She was really precocious, despite being a year younger than me… When I went in her room, she told me ‘Are you just going to stand there looking at me?’ and ‘Come over here,’ and then put my hand on her thigh. Something snapped in me then and I pushed her down and we kissed for the first time.”

I honestly don't understand why ex-boyfriends feel the need to sabotage the girls who are doing so well in the Idol industry. The last time I read something similar to this was a scandal on Kamei Eri, back when I was new to Morning Musume and researching a lot of things about them (find the translation HERE), and seriously, that article itself annoyed me to no end - it made me mad to know that a boy, who had dated a girl who was doing well as an Idol, would sell her out just so that he could have his own five minutes of fame, or to sabotage her. I find it so unfair!


And now another article has popped up which is pretty much the same, but this time, it's poor Sasshi.

I will admit, my main problem with the article is regarding the boyfriend - I do think that it's really unfair when a person does this because seriously, it will only benefit them in the long run. Maybe they are bitter, so they feel the need to destroy something good in Sasshi's life (or any Idol's, I dunno) but I find it extremely unfair and uncalled for when something like this happens.

Anyway, currently this is a 'rumour' of sorts, so until we get further confirmation, I can't really say much else. I'm glad that she was able to date and all, but to have an ex do this to her is kind of a slap in the face for the poor girl.

If it is true, then I dread to think what her die-hard fans will do burn her photo's because she, le gasp, dated someone!

But, apparently it's all a rumour - and let's hope it stays that way, but if it isn't, then I do honestly dread to think what will happen to Sasshi. And also - this article came out a perfect time, right? Just after she gets ranked so high in the senbatsu and all. Maybe Friday really are just being dicks and trying to sabotage a currently popular member who isn't Queen Yuko.

But seriously, what a horrendous way to get into a scandal. I really don't like this guy who did this.

And that, my dears, is my opinion.

I am so freakin' upset, even if it is a rumour! xD