Just so you know: My Opinions ARE my own, and you should not take them personally - especially in this post, where I am rambling due to semi-drunkness. However these are my personal feelings towards the PV and song, and whilst I may not care for it, if YOU do then I am happy, because MM's PV's will appeal to different people - sadly this PV did not appeal to me. 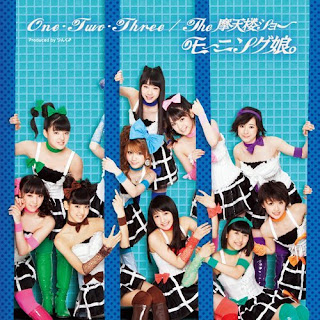 Okay, so I'm semi-drunk - turns out, the day that a certain media show as on, which meant I would be drinking, was also the day that the MM PV came out - so I'm semi-drunk and ready to roll guys, because seriously, I want to review this song when I'm kinda under the influence of the goodness that is: CIDER.
No, before I go off on a ramble, let's just say this: This PV is a huge effing disappointment. I was expecting something awesome because of the bloody hype it went through, and even then, it was shit. I don't care for this PV, I don't want to care for it either.
Also, I cam to a realisation today:
I am beginning to see Morning Musume the same way as Greg of Selective Hearing does. AKA in a negative light. 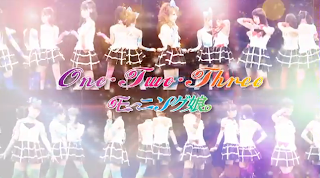 Basically, this PV is the same as every other generic Morning Musume PV that has ever been formulated - your basic pretty girls fighting for the camera, looking gorgeous, and doing nothing else. Dance shot, solo shot - that mumbo jumbo. But there isn't a group shot barring the dance, which bloody surprised me - are UFA cutting costs on the PV's again?
Really, there isn't anything else to the video, other than the girls looking like mannequin dolls and standing there, posing like in that one MoBeKiMaSu single they all did before Gaki up and left, and then singing with some forced emotion on their faces. Oh, and sparkles - but we know that UFA editors love them effects, don't we? Well, I don't - get a real director and actually put some real effort into the PV, why don't you? You did it for ManoEri, do it for the group that hit 50 singles. 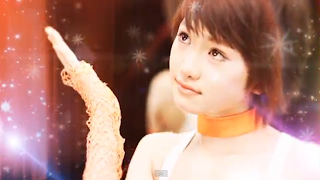 I honestly find no reason to buy this single unless the Matenrou Show just-so-happens to be awesome. I mean, the A-side is pretty bad - I don't like the hype around it, the song isn't as great as people make it out to be (I am sorry, but auto tune? No, I hate fully auto-tuned songs in general) and the PV is even worse than I imagined. If there was a little substance to it, I would probably care more - but the only thing I like about the video itself is the girl I like having about 5 seconds of screen time, my Oshi getting like 2 seconds of screen time and the fact that Masaki seems to have a pretty decent amount of shared lines in this song. Yeah, the rest? Not so keen. 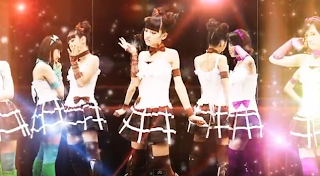 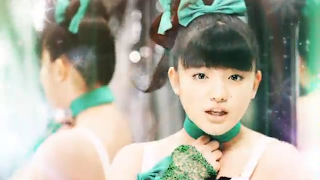 Seriously, I thought that UFA would pull out the stops with this single, and it honestly looked promising from the first costume appearances - the girls looked great, Eripon was sexy as hell, and even the covers are better than what they normally have - and then you hear the song and watch the PV and realise that it's still the same old stuff UFA keep pulling out, just with '50th single' slapped on it to make it look (and sound) better than what it really is. Talk about Mutton dressed as lamb. 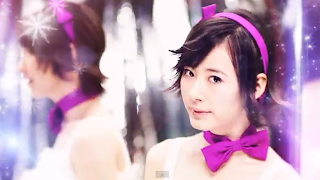 Though I do give props to the stylists for this single's wardrobe and hair - the girls look great, and it works with the PV I guess... but it still sucks, no matter how I look at it. I just can't seem to get over this extreme disappointment that I have. I expected more...
Well, guess what? I'm probably gonna give up on expecting 'more' from Morning Musume because UFA suck. They don't know how to sell a group unless all the girls are 17+ (C-ute, Berryz and ManoEri)
Seriously, if this song and PV are anything to go by, then I have no hope for UFA and how they will go about promoting this group or creating videos, because honestly, UFA suck. Costumes = fine, PV's = shit. Seriously, UFA, Tsunku... get one of the MM girls on board as creative director, let them take the lead - like Takahashi Ai and her last single. I mean, that was the best MV in a while, and now you're getting crap again. Let Sayu take the ropes, she'll make a good PV. 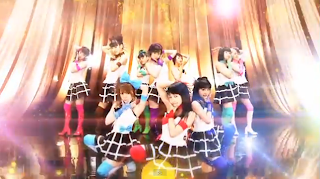 Yeah... this PV is a disappointment, I was expecting more, and was handed less - the hype really wasn't worth it. Then again, this is my general opinion. A lot of people will love this video, this song, everything about it in general... I just don't. It's fine for what it is, but for the 50th single, I expect more than drapes and poses and pretty costumes - I expected a storyline, some direction, creativity and flare...
Then again, this is UFA we're talking about - they're too cheap to care, and they rarely put effort into what they create now, unless it is hair and costumes and posing.
Okay, this is my semi-drunkern PV rant over with. Glad I did it, glad I don't care about the PV, because seriously, I am disappointed - but that doesn't mean you have to be!
PRO'S:
One: Costumes
Two: Dance Shot
Three: Poses
CONS:
One: No effort towards the PV
Two: Auto-tuned to hell
Three: Cheap, tacky and boring.
Overall rating: DISAPPOINTMENT.
Posted by Chiima at 23:54