Remember Bump.y? I Sure Do!

They're back, they're bad, and they mean business!

Remember that 5nin group that I began to adore after they released a Korean-esque song last summer? No? Well, I'm not surprised, because since then there was really no news regarding this group at all until they released their first album last month which, I will shamelessly admit, I completely forgot about - however I did continue to wonder just what the heck was happening with Bump.y, because I do like the group. They are very fresh, very good at what they do, and utterly wonderful to watch and listen to. Oh yes, it is safe to say that I am somewhat fascinated, or even besotted, with this group. I do like them a lot~

Anyway, it seems that during the time where nothing was said about the group, they went on a journey to Korea as well as created an album, and also filmed a new music video for a cover song - and, wouldn't you know it, it is a cover song from a Korean rap duo called Team H, though their version is more toned down and in Japanese. However, I do think that they made a really good cover. 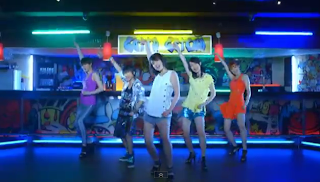 But holy fucking Hell are they looking more Korean than Japanese in this - not in just the style, but also the hair. Currently, there is only one of them out of the entire five who looks purely Japanese as opposed to the rest of them. I mean, check out Matsuri, the youngest, for instance - she looks like she could join a pre-teen Korean boy-band with her new look! 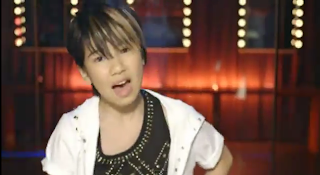 Honest to Lord Gaki, I swear I thought that she had been repaced with a boy in Bump.y the first time I saw her like this.

But I do think that this style suits Bump.y quite well - when the Korean Idol boom hit in 2011, Bump.y was one of the few groups to jump on the bandwagon and get their music produced by one of the producers for a KARA song, and they even went to Korea. I think it would be awesome if Bump.y hit the Korean scene and brought their Japanese flare along with them, because they are such a good group, and it helps that their dancing and singing skills have polished since Kiss! was released. Seriously, they look, sound and are amazing in this video! It's like a whole new Bump.y that I am seeing.

This is a pretty cool and surprising release from Bump.y - I wasn't expecting it, and I really was not expecting this sudden change and makeover. But I love that they have vastly improved in their singing and dancing, and I like that they adopted the Korean style to their dancing and music and look. It seriously suits them and they should honestly keep it up. 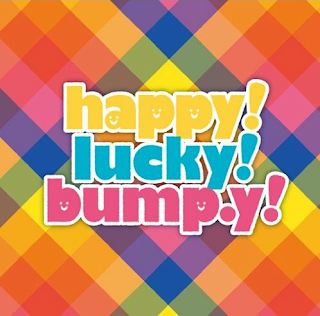 Continuing with new releases, they also released their first official album this year, all the way back in March, actually. This album actually contains only two new songs (at least I think they are new, I've never heard them so...) and one cover song, with the rest being the songs from their previous singles, as well as narrated versions of three of their first songs - but I guess that is what we need to expect, considering Bump.y have not had an album out since their debut. However, it is nice to have these songs bundled together, because they are all really great songs. I love Bump.y's music, and that may be a personal preference, but it is true.

Anyway, the new songs are Smile Flower and Colors. They follow the usual style that Bump.y seems to have, which is rather calm and gentle. Smile Flower reminds me slightly of New Day, the B-side track to Kiss!. It's a sweet song, perfect for summer and those warm days. It's basically light and refreshing. Colors is a very nice song - it has a nice piano based melody going throughout it and calming vocals, making the song sweet and gentle, but with a lovely up-beat chorus which reminds me of the spring and graduations. It is a very nice song, one which compliments Bump.y's style very well.

The cover song on this album is Sotsugyo by the group ZONE. This song was a part of a tribute album to the group, and includes other groups such as Scandal, TGS and Stereopony singing other songs for the group. The album was released in 2011, but I do like that their cover was included on their album. Bump.y's cover is, of course, toned down from the original and more poppy and light rather than heavy like the original version. None the less, it is still a great cover, and it's great that Bump.y were given the chance to lend their vocals and cover a song for a tribute album.

Anyway, I guess that's all for now - definitely check out at least one of these two releases, because both are really good, especially the new video for Gotta Getcha. Bump.y have been gone a while, but they are back and now we know it! They may have gone quietly, but when they returned it was certainly with a bit of a boom!

... Or maybe that's just me and my fangirlishness for this group?