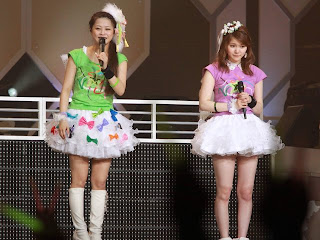 Even though I have already made a post about the graduation of these two members, I felt a strong desire to create another one. Before, I had only known that these two members had graduated - I had not seen any pictures from the event. However some pictures have now emerged, and when I looked at them, I couldn't help but cry. 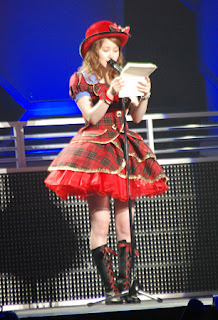 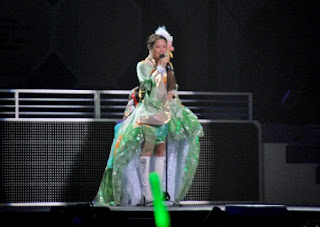 Seeing their graduation costumes made me so happy but so sad. I wasn't exactly surprised that Aika didn't get a graduation dress, because her graduation is so sudden, but when I saw the dress that she was wearing, I realised that she would be singing her first and only solo song in Morning Musume, Watashi no Miryoku ni Kizukanai Donkan na Hito, which translates to 'The Insensitive person who didn't notice my charm', which I find somewhat rather fitting, considering she is one of Morning Musume's least popular and most under-appreciated members. But, knowing that she got to sing that (though it was honestly predictable) is still wonderful. It is her song, and to be able to sing it one last time is great.

Niigaki, one the other hand, does have a graduation dress - when I saw it, I actually really did not like it at first, but when an up-close shot was available, I saw how cute it was and how much it suited Gaki. The top is very traditional, like a Kimono, and the bottom resembles something a Queen would wear... or at least to me. But then, when I found out that Lord Gaki had sung Never Forget, I nearly cried from happiness. It is the one song I wanted her to sing for her graduation, the song I thought would fit her the best... and she sang it. The first time I ever heard Never Forget was during a concert for Tnajou 10nen Kinentai, and Gaki had sung Never Forget as a solo. I love that song, so when I found out that she had sung it, I was so happy and overwhelmed, because it is such a perfect song for Gaki. 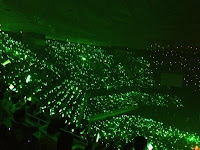 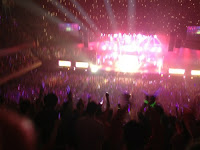 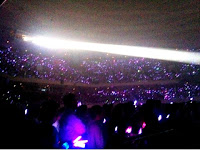 But the thing that got me the most was these pictures - the moment I saw that hall filled with those glowsticks, I really wanted to cry. Especially when I saw the sea of purple for Aika. Honestly, I didn't think that the hall would be filled with purple, because Aika's graduation was so unexpected and so sudden, and she is not the most popular member - but it happened, and it overwhelmed me. Seeing those glowsticks for Aika just showed how much she was loved by the fans of Morning Musume. But that sea of green... it is amazing. I am so amazed that everything was lit up for Gaki, and also for Aika. These two girls are really amazing, and it's still so unreal that they are no longer a part of Morning Musume. 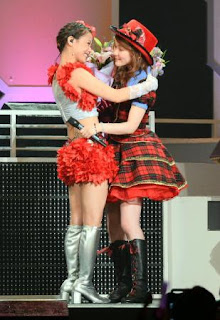 It's weird, but these two are no longer a part of my favourite Idol group. However, I am anticipating the future of Morning Musume happily.