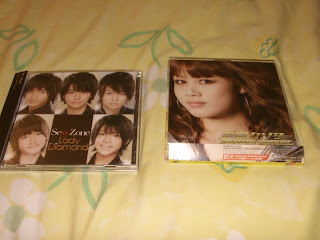 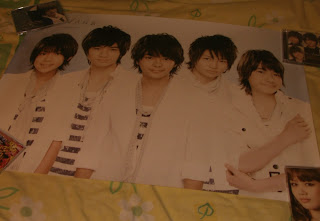 Not gunna lie, but I screamed the moment I saw Marius, and let go of the poster with utter happiness!
Recently, or probably a few weeks back, my sister ordered me the Limited E version of Renai Hunter, and, after being completely blown away by the magnificent, sparkling wonder that is Lady Diamond, I decided to order the Limited A version of that single - and, finally, they arrived! Now, I finally have these two epic singles in my hands! I said that they would one day they would be mine, and now, they are! MWAHAHAHAHHAHA!
Anyway, I really anticipated these two CD's showing up on my doorstep, so when I got home today and saw that beautiful, beautiful box that contained the most perfect singles... well, I was happy. But it wasn't until I opened them that I realised I was so excited for Lady Diamond... The moment I saw the CD, I squealed. I really did. I mean, it's my first JE purchase and the first CD purchase I have made outside of H!P, but I was extremely ecstatic to see just Lady Diamond, because that song and PV is amazing!
Oh yeah, I also got the PV with the Limited A version too, mwahahaha!
With Renai Hunter, the reason why I chose to have that certain single, despite the lack of a dance shot or whatever, is because it's Niigaki's last single, and it has her solo version on it. That, and because she means a lot to me as a Morning Musume member. I originally planned to buy at least 3 of the Renai Hunter singles, however that plan (and my money) has gone out the window because I have purchased her photo book instead. Screw the CD's, screw the fact that I bought the Regular and Takahashi Ai edition of Kono Chikyuu, because a photobook costs more, and is, in my opinion, a lot better than a single! I mean, I get to ogle Gaki, for crying out loud! I can't wait for that PB to be in my hands!
Anyway, I need to give you guys more pictures - so here they are, my beautiful, beautiful GET!!! 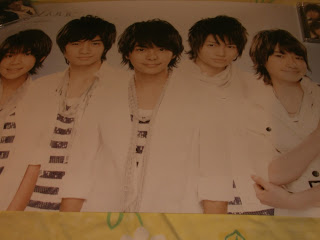 Marius has a 'Bitch, I'm FABULOUS' sort of smirk going on there! 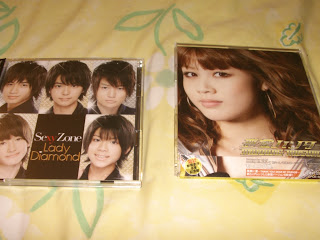 I want Gaki to marry a JE member! GAAAH! <3 Just not one of these kids! 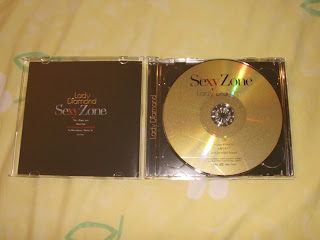 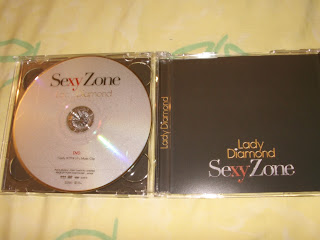 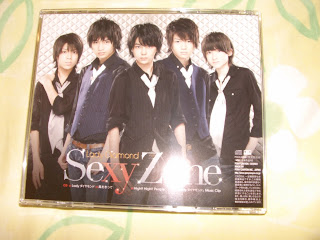 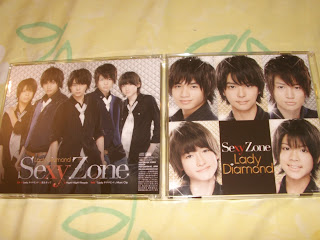 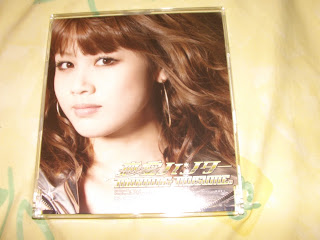 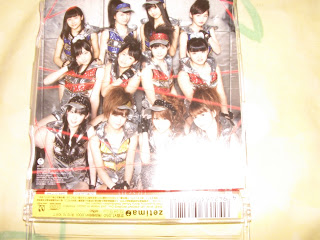 Mother effing flash! D8< RAWR -I want this as a cover, seriously- 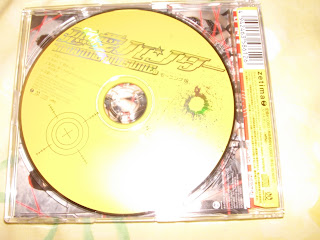 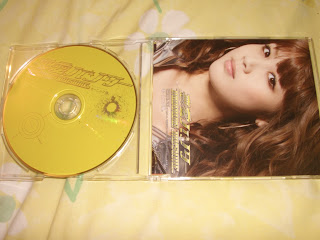 I love that bullet on the single! XD Also, YAY YELLOW!
On another note, my friend has called me a 'Pedonoona' because I like Sexy Zone... seriously, I think of them as brothers, not lovers! The only one I would actually date is Kento! (16 is the legal age here peeps, so nothing wrong for me, MWAHAHAHAHAHA)
Reviews should come along soon! :D
Chiima~
PING!!! Idol Minded Recommended Reading: April 25th, 2012
Posted by Chiima at 04:56