How I View Idols

On this blog, I am pretty open about how I feel about Idols - I openly express that I think these girls are sexy or beautiful, and all of you readers accept that. But that doesn't mean that I would be accepted by other people for what I like.

I was recently talking to my sister, and she said she didn't like how some fans of the Jpop culture saw female fans. Apparently, some fans seem to think that most female fans of Jpop are lesbians. Whilst that might be true, that still isn't fair - I am straight, but does that mean that I can't express my appreciation of female beauty? Yes, there have been times where I have wondered if I am a lesbian because of how I see Idols, but in reality, I just really appreciate how beautiful these girls are. However, some people don't see it that way, but I have come to accept that. 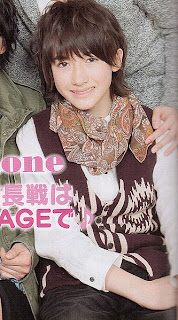 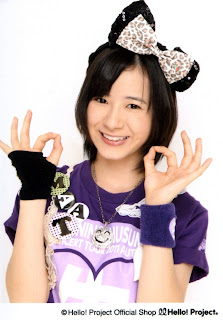 I'm going to use both Marius Yo of Sexy Zone and Ikuta Erina of Morning Musume here - The way I view them could be totally different to how you all view Idols that you like, but in all honesty, when I look at these two, I see them as a little brother and a best friend. Actually, I see Marius as a person I would want as my son, which could be seen as very weird, but that is how I honestly view him. Eripon is someone I see as a girl I could easily be friend with, someone I would want to laugh with and talk to openly about things. The reason why I see Eripon this way is probably because she is a fangirl herself - she openly expresses her love for Idols,and fangirls over the people she adores, much like a wota, which is why I would love to be her friend. Marius is obviously a totally different matter, as I see him in a different way - but I honestly put that down to maternal instincts, and his age. I don't think that I could be a friend with a 12 year-old, though I would love to play Pokémon games with him! But, I would like him as a little brother as well. The closest thing I had to a little brother was my nephew when we were growing up!

But you could also question how I view Eripon as well - I will sometimes express how beautiful she is, or how sexy she can be, and yes, that could question how I see her as a little sister or good friend figure - but in all honesty, that is my appreciation for her. I think that Eripon is a truly beautiful person, and for her age, she has a certain aura that is mature and sexier than other people's, and I don't mind expressing that. I still see her as that friendly figure I would love to meet and hang out with, and nothing more. I just choose to express how much I appreciate her beauty. 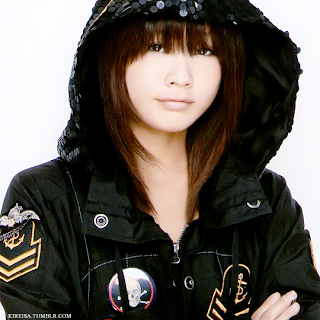 With older idols, I guess it's a bit more difficult for me to express how I view them. Niigaki is my example because she was my first (and currently only) girl crush. I won't deny how much I love this girl - but my love is the love of a fan, not a lover. I appreciate her beauty, her voice, her skills and her personality as an Idol. I love those aspects about her, and I think that she is gorgeous. But, I don't think that she is as sexy as other Idols that I have seen in PV's, I will openly admit that. But this is how I view Niigaki - I see her as an Idol who I can stare at and fawn over, someone who I can admire for her vocal skills and her acting ability. She is the sort of Idol that I actually love for their talent as opposed to her looks like some other Idols that I like. Basically, I am simply fan-girling over her. I actually view her as a singer that, whilst I support and love her, know is a long way from actually ever meeting me or ever actually conversing with me. I just see her as someone who I simply fangirl over, and that is all. 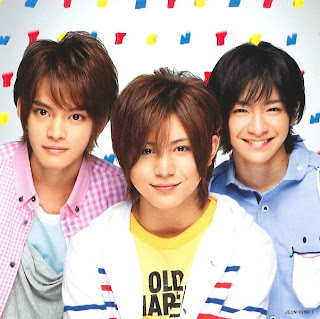 And then there are boy groups. Now, I won't use any specific group for this, just JE in general right now, but boy groups are my most recent trip into the Jpop world. I'm still new with them, but I am also embracing how much I can fangirl over them. I actually find it easier to fangirl over these boy groups rather than girl groups, because it's probably a lot more accepted in my culture than me going Gaga over a female Idol group, however, I don't have any crushes on any members of these boy groups - I just really like their music, and I see them as boys that I would probably think are cute, but would never date. In all honesty, I don't see them any other way - the only one I view in a different light is Marius Yo, for some reason.

But yeah, that is how I view Idols. How do you guys view them?

Email ThisBlogThis!Share to TwitterShare to FacebookShare to Pinterest
Labels: Essay