We're into the New Year, and whilst I have been posting up reviews and such, I actually haven't gotten around to making a new poll as such simply because I have been rather busy. So right now, I am going to update you all on why I have been such a slowpoke with this poll and why I'm not really catching up with anything right now~

As you all know (by now), my younger sister (18) gave birth to her beautiful baby daughter on Tuesday 17th January, 2012, at 6:36 am. Her name is Anneliese Eve, and she weighed 8 pound, 3oz. She looks grumpy all the time, and sleeps a whole lot. I think that might change come Sunday. 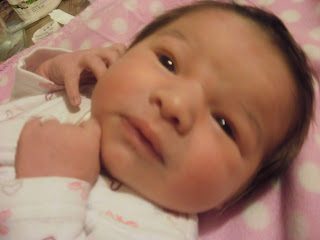 Anyways, other than the baby being born, I also started college again a few weeks back - so that means homework! But I actually don't do much homework at home right now, because my computers on the blink again and keeps shutting itself down. So BLURGH, that means I have to go off to college to sort it all out >.> Ah, whatevers, I'm used to it!

Also, I have been doing a lot of rehearsals as of late - I am currently a part of an Amateur dramatics group, which I joined because I have always wanted to be in something drama related (I was in a drama group at school when I was 11 till I was 12, however after moving, I didn't go to the next one - too many bitches) and I have always enjoyed Panto, so I joined the local drama group and this play will be my second overall, but it will be my first panto experience. I actually had my first performance last night, and I was, believe it or not, nervous. However, it was enjoyable and I liked the experience. If I am still in the group, I will audition next year!

Anyways, updates done and dusted, let's get on with the Poll winner~ 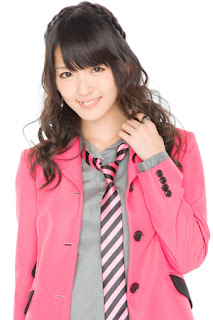 
I actually won't bore you with the numbers today (this is gonna be rushed) because I have delayed this for a while now, and plus, you can see how many votes the girls got on the poll now anyway (till I change it, of course!) So I will just list their places:


So, congrats to Airi! She is the one you would love to hear say 'Happy New Year!' to you! In all honesty, Chisato is the one I want to say 'HAPPY NEW YEAR' to and also to hear from~ But that is all personal preferences, right?

ANYWAYS~ Moving on from this poll, I will now be telling you what the new poll will be!!! WHEEE!

Now, fair warning - This will be my biggest poll yet, because of how many groups I have included in it, but, for the next two weeks (yup, you heard me) I will be asking you to answer this: Which Group Are you Looking Forward to in 2012?


Now, I won't list ALL the groups you might know of - more so the ones that I talk about on this blog, or ones that I have recently become interested in (in a way). There might be one or two I don't even talk about on here, but that's possibly because I have recently started to listen to more music and have kinda expanded my horizons a little, or there might be a group I detest on there. Again, more so for you guys than me.

Anyways! That's it for my (long) update and the brief poll! Thank you for participating in the last poll and for waiting patiently for this one. I apologise for my delay!

Email ThisBlogThis!Share to TwitterShare to FacebookShare to Pinterest
Labels: Updates