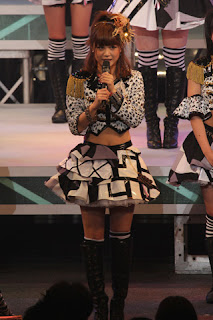 Image from Barks website
As most (or all) of you have probably heard, Niigaki Risa will be graduating from Morning Musume and Hello! Project this coming spring, holding her last concert with ~Morning Musume - Ultra Smart Spring Concert Tour 2012~. With this, she will be the longest serving Morning Musume member unless someone else surpasses her.
When I heard the news today, it was still unconfirmed. My sister walked into my room and said that she was graduating, and whilst I at first took it quite well, I ended up crying. Niigaki Risa, though not my current favourite member of Morning Musume, is one of my favourite Idols. She was the second Morning Musume that I whole heartedly cared about after Koharu Kusumi, and she was actually my first real girl crush. So, I am actually very very sad that she's graduating from the group. I have a feeling that, if the concert is uploaded online, I will watch all of it, just like I did with Koharu's. 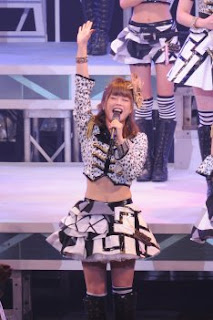 But, with Risa graduating, she already has a plan to go into acting, much like Ai, and this has actually made me really happy. It was Risa's acting that got me interested in her. After watching the Cinderella Musical where the members of MoMusu prefermed, Risa really enchanted me with her skills, and since then, I have enjoyed watching her perform as both a singer and an actress. She is talented, a lot more talented than Takahashi in my opinion, with acting and I honestly look forward to future performances with her in them. 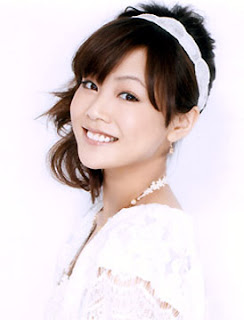 Thankfully, there have been translations from the Hello! Project site official announcement as well as from Niigaki's blog, so here they are:
Tsunku's statement:

Thank you for always supporting us.
On this day we have an announcement regarding Morning Musume。 ５th generation member “Niigaki Risa”.

Niigaki Risa, on the final performance for the spring tour beginning on 2012/2/18, “Morning Musume。 Concert Tour 2012 Spring ～Ultra Smart～”, will be graduating from Morning Musume。.

As an elementary schooler who loved Morning Musume。 she passed the 5th generation, “Morning Musume。 LOVE Audition ２１”, she was welcomed in her first single released in October of 2001,”Mr.Moonlight～Ai no Big Band～”.

Since then, with constant smiles and cheerfulness, and her never changing “I love Morning Musume。！” title, she’s been a part of them up until now.
As subleader since June of ２００７, she’s supported Takahashi Ai and the group, and after Takahashi’s graduation, she’s continued to support the continuing addition of new members into Morning Musume。 as leader.

For this girl as well, as far back as a year ago, I’ve considered this path at the same time I was considering the timing of Takahashi’s graduation.

Being challenged with songs and ＲＡＰ as well, for several years Niigaki has carried the heart of the groups songs. Our mission was also to be able to pass the torch to Niigaki.

Certainly, there are times when we’ve relied on this girls vitality as well; we entrusted into her leadership the new members who had just joined as well, and so, I’ve searched for the right timing for her graduation.

However, we couldn’t hold back her growth forever and so, even though she herself greatly expressed her sadness over graduating from the Morning Musume。 she loves, with the honor of “Longest enrolled member of Morning Musume。”, and with great significance firming our resolve, we decided that she would graduate on the final day of this year’s Spring tour.

After graduation she hopes to focus on being a singer, being on stage, and acting, including variety work, being able to do a multitude of different activities.

For now, she’ll be making this New Year’s Hello！Project Performance a success, from there until the final day of the Morning Musume。 tour starting after that.

Everyone, until the very end, we wish that you’d please support Niigaki Risa！

And, those of you who are supporting Morning Musume。 as well as all of Hello！Project, please support us as well！

I, Niigaki Risa,
will be graduating from Morning Musume。 and Hello！Project with this years Spring tour.
I had been thinking about graduation myself, for about a year, I had thought about graduating with Takahashi Aichan・・・, but with the new members joining and everything, I postponed it just a little bit.

After my Morning Musume。 graduation, I’ll be studying full force in acting; I feel like I want to challenge myself with experiences in theater and dramas that I couldn’t have experienced while I was doing group activities.
But, with these months I have left in Morning Musume。, I’ll be giving it my very best as leader！

Today It was announced at the Hello！Project live but…

I, Niigaki Risa, am graduating from Morning Musume。 and Hello！Project with this year’s spring tour.

Up until the announcement I was really excited…

I decided it for myself so, I wanted to be able to let everyone know with complete cheer… or so I thought…

Well when I stood on stage and told everyone, the “Ehー！” came out fast…
Thanks…

Source: Takamaruyo.net
To everyone who is a fan of Niigaki Risa, please support her even after her graduation. This is a sad, sudden, and though expected, surprising announcement for some of us. I am glad that she has decided to be an actress, as it is what made me love her so much, but with her graduation, there will be a massive hole left in Morning Musume that none of the current members could possibly fill.
Here are some news articles concerning the graduation announcement.
Hello! Project official Announcement
Nikkansports News Article
Barks News Article