Kago Ai is Married... And Pregnant!?

Guess what? My opinion = MY OWN!!! I know some people are really big fans of Aibon, and I like her an' all, but I wanna say what I think. So, here's what I think!!! 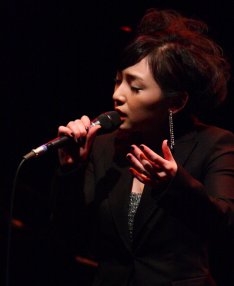 And I thought Yuko getting married would be the biggest surprise of the year... looks like Kago  Ai has topped it.

But yeah, it's true... I think. Kago Ai has announced that she is 1. Married, and 2. Up the duff. Both of these are surprising, considering how unstable she seems to be right now. But my real question is: Who!?  Who's the daddy, and who is her husband? In no way does she seem to indicate who she's with and who helped her in getting pregnant.

But, aside from that question, I'm more so worried about Kago becoming a mother... I mean, if she's the way she is now, then I don't think that she is ready to become a mother. She has already proven that she's unstable right now, and I have a feeling that a few people feel that she should wait it out before she tries to have a baby.

But then again, having a baby could possibly be the best thing for her, right? It might ground her some, and help her to focus on something that isn't her Idol career. If a baby is what Kago thinks is best for her, then... kudos. Really.

However, I'm not at the stage where I believe that she is pregnant. Until there are pictures of her bump, or an announcement of the actual birth, I will not believe it fully. However, this is still a rather shocking announcement, especially after she tried to commit suicide.

2011, for Kago Ai, has definitely been surprising and a bit eyebrow raising, however, if she truly is pregnant, then at least something good is finally happening in her life. However, after all the hell she went through previously, I won't be believing what the news says about her any time soon.