As I always say, my opinions are my own. I will freely write my thoughts on PVs or songs, regardless of what other people think. Saying that, please do not get offended by what I say about the PV or song that I am blogging about. If you want to state your opinion, write a comment or, better yet, make your own blog :) 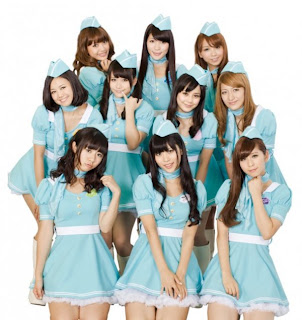 PASSPO☆ is that cute and sexy all-girl group who like to wear a uniform. They will serve you as best they can when you're on a long plane ride, and if you're lucky, they just might help you get into the mile high club... and I don't mean the one that's exclusive to pilots ;)


PASSPO☆ recently hit popularity after making their major debut in Japan with their single Shoujo Hikou, which showed the girls in cool, mature flight attendant attire. Since then, the girls went on to release their second official single titled ViVi Natsu, which showed the girls in flight attendant gear (not the most flattering, I must say) as well as bathing suits. They have also released their first major album titled CHECK-IN, so if you're still not up to date on this group, be sure to check out their newest songs and see how they fare with your taste buds.

And so here we are now, with PASSPO☆'s third major single titled Kiss=Suki. Long gone are the bathing suits, let's say goodbye to the jackets of their flight attendant uniforms and say He-llo to the short skirts and flattering dresses. Yes, this is PASSPO☆, and they will be sure to serve your fetish! 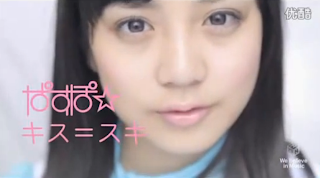 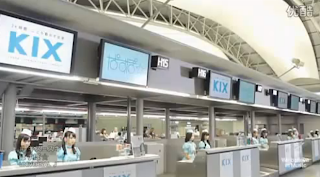 Airport PASSPO☆. Wanna let them ride on your jet before you go for lift off? 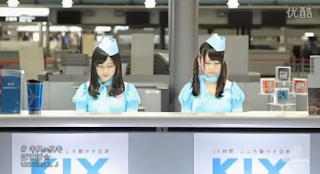 Psh, sleeping on the job. 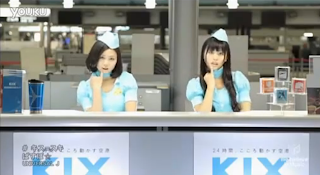 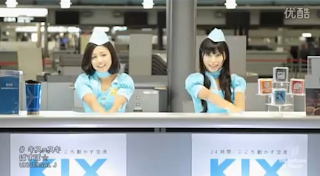 I would tap that, I admit it. 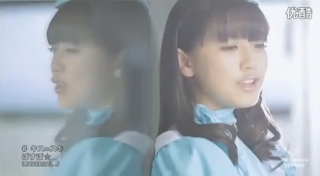 I really dig these scenes with their reflections. It gives a nice effect in a way. 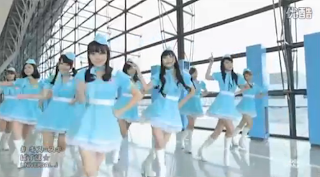 These are the best flight attendant outfits EVER! 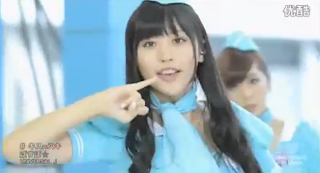 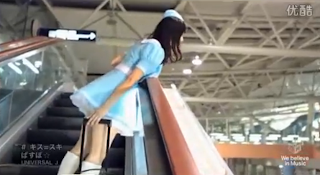 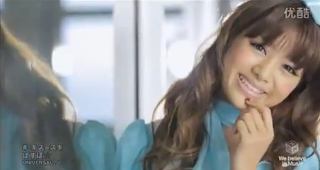 I think Naomi is an absolute cutie, but the amount of make-up she has on isn't flattering . 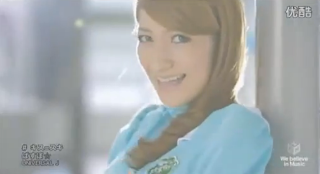 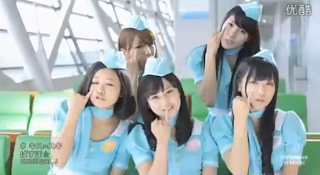 Everytime they do this, I copy. Cos Ima boss ;D 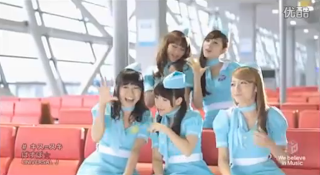 Mio Mio: I can see your panties~ 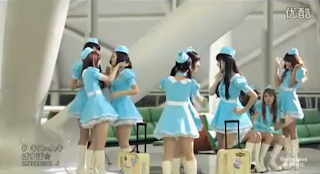 It was a normal day. The girls of PASSPO☆ were going about their usual business. Some were excited, whilst others were busy primping and preening. However, Mio Mio was all alone... 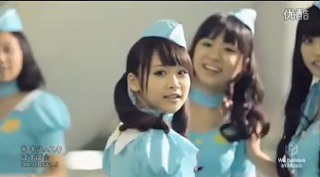 But, as fate would have it, someone was coming for her. Turning around slowly, Mio Mio found her. As she stood there, entranced, her eyes locked with another... 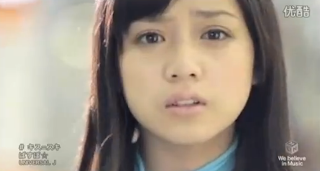 Makoto had been lost, looking for a way out of the maze she had gotten herself into. However, as she turned, she found herself staring straight into Mio Mio's eyes. It was love at first sight... 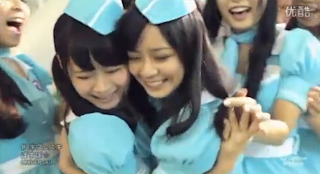 In a flourish, Makoto raced towards Mio Mio, and the two embraced. This was the beginning of a beautiful love... 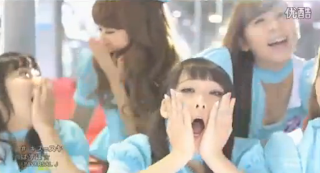 Mio shows us her blow job face! The others are shocked or finding it funny. 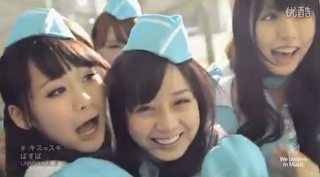 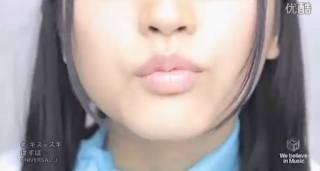 Whoever's lips these are... I wanna kiss them! -smooooooooooooooch- 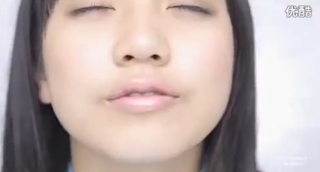 Half of these girls actually don't know how to pucker up, but Makoto does!

Oh! And that's the end of the PV it seems!

Okay, so now that I've gone through a majority of the PV with screencaps, let's get on with an overall conclusion of the PV and the song, shall we?

When I first saw this PV, I was initially disappointed with the song. To me, it sounded like Pretty Lie or Go on a Highway when I first heard it, so I was surprised and a bit unhappy with the structure of the song because of this. I have nothing against the song sounding like another one, but when it sounds so familiar that I compare it to two songs, I'm just not overly keen on it. However, after a few more listens, I realised how much I liked the song and just how damned catchy it was. Despite the fact that it still reminds me of one of their past songs, I have come to love this song a lot, even more than Shoujo Hikou and Go On A Highway, two of my favourite PASSPO☆ songs. I have found myself remembering the song a lot more, as well as copying the way they use their pinky fingers in the song during their lines I wanna Kiss Kiss Kiss etc. It's pretty catchy, and extremely cute when they do it... which is probably why I copy them... Such a sucker for adorable, simple things


Vocals wise, I'm always in love with PASSPO. They have this distinct sound which is just theirs, and they really do rock it. I love that there are also no solo lines here, because even though I have gotten over the fact that no everyone will get solo lines, it's still nice to just hear the girls together and to watch them on screen. These girls really do sound amazing together, and it's them as a group and how they sound together that I love more than anything.

Now, regarding the PV itself, I was pretty damned happy with the result. The girls are back where they started with their debut: An airport terminal, in cute air hostess outfits, just like in Shoujo Hikou. But this time we have no costume changes and no planes, and I'm pretty happy with that. I like that they put the girls behind the desks as well, and showing them walking around the airport terminal whilst trying to give a little bit of a storyline throughout the video. We get really good shots here; the girls on their own, or together, as close ups as well as the short storyline where Makoto is looking for the others, before being reunited with her girlfriend Mio Mio. All of the girls look gorgeous, and they really pull off their outfits in the video. It's their overall cuteness/sexyness that really hooked me in this PV. These girls know how to work the camera, and they know how to work the viewers too.

This PV is seriously cute, and though there is some awkwardness at the start of the video, more so to do with the girls as they sit behind the desks and try to dance, I find it endearing and it makes me like these girls even more, and whilst I am not overly keen on the dance, it works for the video. PASSPO☆ have once again pulled off a really good PV, and seeing as I pretty much detested ViVi Natsu PV when it came out, I am happy to see PASSPO☆ back with a new single that is just as good as their previous singles. These girls keep coming up with catchy songs that are memorable, and their PVs are just as cute and charming as they are themselves.

... What outfits will they wear next, I wonder? 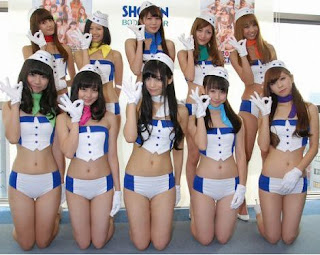 
Do you like PASSPO? If you do, what's your favourite song by them? Mine is Go On A Highway