All thoughts and opinions on this group are my own. Please respect my opinion and my thoughts. If you don't like what I write... oh well~ 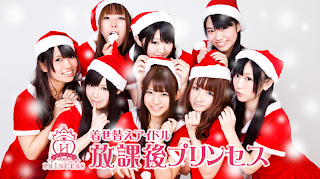 Houkago Princess have been a group I have tried to keep a watch on for a while. I am subscribed to their youtube channel, and I frequent their website to see if their are any updates. But in all honesty, I was surprised...

They have a Generation 2 ALREADY!?


Now, I should have seen this sooner - their recent banner change (picture up top) shows 8 members, and originally, there were 7 members. However, I was unaware of the change until I went to the 'profile' page of the members to see if their outfits had changed into those of Santa ones, which are shown in their banner and their new PV. Alas, that was not the case, however... there were two new profile pictures, with blue backgrounds. These two faces were extremely new, and also, there was a lack of a 1st Generation HouPri face. 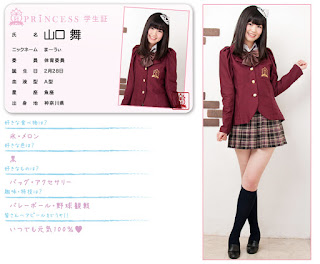 Meaning that Yamaguchi Mai has graduated. Now, she wasn't exactly my favourite out of the HouPri girls, but I didn't dislike her either. She was that tall one in the back, the one most people didn't seem to like. So I am somewhat shocked that the girl has graduated, however, as I still don't know the reason behind it, I can't really comment on it. However, it was announced on the HouPri staff blog that she would graduate. I am still unsure of the reason, though.

So, now that we know one has graduated, who are the other two? 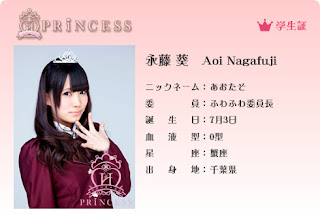 First up is Gen 2 member Aoi Nagafuji. She claims to be the president (character, I guess) of 'FuwaFuwa', and she wants many people to know about HouPri as well as for them to know her name. I'm unsure of what she is like right now, but she seems cute. I have no idea what her age is, either. 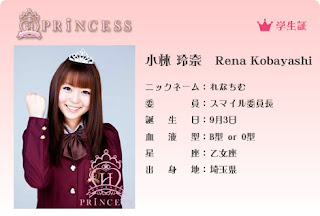 Next up is new Gen 2 member, Rena Kobayashi. She claims herself to be the President of Smile (Smile-President), and she says that she will one day be in the Guinness World book of records. I already like her, she seems very fun and smiley. Her personality is something I am unsure of, but she made me laugh with her Guinness world record comment. I am unsure of her age, mwaha~

If you're still not familiar with HouPri, there is a video which introduces the members with their wishes, as well as a small question segment from their producer as well as a few clips of some of their songs sung live. It will basically show you what HouPri is about, so enjoy~


It is English subtitled, though admittedly, it looks like they used Google Translate (and not everything is translated, either xD)

So! That is all for the update~ I hope this gave you a better insight on the members as well~ Adios guys!