All opinions in this post are my own - whatever my opinion, remember that you won't always agree with me, whilst other times, you will. LET'S POST!!! 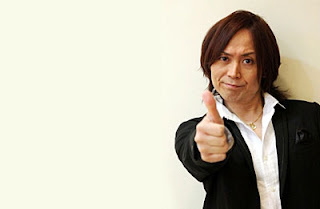 Some people claim Tsunku to be a brilliant, but often unpredictable, man who has a sort of fetish for country girls and ordinary, less-than appealing girls who he manages to turn into beautiful Idols. He is also the man who created my favourite Idol group, Morning Musume, and brought Kusumi Koharu to life. For that, I thank him.

But as of recent, Tsunku has finally decided to get off of his backside and make some changes to the Hello! Project Fun House, starting with auditions for Morning Musume, the change to S/mileage, booting out an Oldy and giving Sayumi her own Ustream show. So, it wouldn't really come as a surprise for Tsunku to pop out another idea, right?

Well, he still surprises us all regardless. 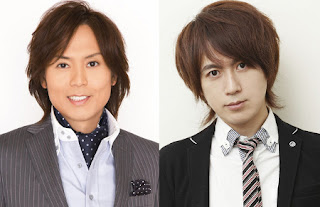 It turns out that, as the cogs were whirring inside that head of his, Tsunku had the grand idea of opening up an Idol Café in Akihabara, one of the most popular places in Tokyo, and has named it 'Akihabara Backstage Pass'. But before we go into full detail, this isn't just Tsunku's doing - this is also the work of Steins;Gate producers 5pb, aka the geniuses behind Maid Café Idols Afilia Saga East and the popular visual novel game Steins;Gate.

I would also like to point out that this won't be the first time that these two geniuses have collaborated - back in 2010, Tsunku wrote and produced the song Knee High Egoist for Afilia Saga East, so already there is an established relationship between these two companies. Luckily, it seems that their first collaboration together worked out so well that they're back for more, and have decided to open up an Idol Café together.

Now this is where everything gets out of hand - and I mean by the fans, not by Tsunku himself.

Since this news has come out, a lot of people have been rather sceptical about what the hell Tsunku is thinking, and in all honesty, I can't blame them - I mean, he's placing an Idol Café in Akihabara, 3 minutes down the road from the AKB48 one. That spells out crazy to me, and I'm sure it spells out crazy to a lot of you. Some of you may even think that the is a brave man.

But when I sat down to think about it, and gave it about 3 days to sink in, I decided to look into it in more detail. All news articles that I found on this focused more on the Tsunku side of it all, but even so, there was one vital bit that they had mentioned, but clearly neglected - 5pb (Shikura Chiyomaru).

A lot of the posts I have read regarding this topic have all specifically targeted Tsunku as the man behind this, purely because he is better known, whilst giving Shikura little mention because he is the creator of a game and a group that is probably barely known within the Wotasphere right now.

Now, getting back on track - after reading some articles, the name Steins;Gate kept popping up, and I vaguely remembered the title, but didn't bother looking into it - then I came across this post, and it clicked; Afilia Saga Easts' producers were collaborating with Tsunku again. So I decided to look up Steins;Gate and find out who the producers were, and what they did exactly. They are only known for being a games manufacturer as well as a record label - there is clearly no mention of owning the Afilia Saga Maid Café chain, so for those of you who don't know the history behind this company, you're out of luck unless you decide to research it.

But now that we actually have this research behind us, we can take a deeper look into this - because of who Tsunku is partnered with, we know that he isn't going into this blind. Shikura has produced the Afilia Saga Maid Café chain, which isn't just made up of the group of girls we have seen already - there are, apparently, about 8 different locations for the Café's, and each has a distinct anime/magical theme that represents them. One of them, after doing some more research, is based on Witches.

This is where the anime and games part of it all comes in.

Now, if you have already read the article(s) on this subject, you will already be aware the this Idol Café is there for the purpose to turn everyday girls into full-fledged Idols as well as hopefully collaborate with Games and Anime - two things which, if you aren't aware of right now, are Shikura's expertise.

And now we have a good idea of who might actually be the real master mind behind this Idol Café idea. 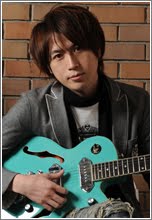 Which brings me onto my next conclusion - the location.
A lot of fans of both AKB48 and Hello! Project have found the location of the Idol Café a problem. It's located practically next door to AKB48's own Café, which is the sole reason why this controversy has started. Most AKB48 fans (not all, but there are some), who clearly hate Hello! Project, are criticising Tsunku and laughing at him for this bold decision, whilst Hello! Project fans are wary and nervous by the location. And who could blame them; right now, AKB48 is the Dominatrix of the Japanese Music world, and Tsunku is pretty much stepping into Aki-P's territory.
But wait... is he really?
Akihabara is known for being the anime/Maid Café/Otaku/Game central of Japan. This might be the reason why the Café will be located there. No, it isn't because Tsunku wants to stupidly deepen his rivalry with Aki-P, no, he doesn't want to fall flat on his ass and kill time by trying to make something new now that H!P is finally getting back on the tracks. There is a plan behind this, and if I'm right, then Tsunku and Shikura are a pretty clever duo.
To place a Maid Café based on Anime, Manga, Games and Idols in Akihabara, as well as to let the Idols and Wota interact with each others to help those Idols grow, is a pretty clever idea. Akihabara of the most popular towns in Tokyo, where Otaku's spend a lot of money and where anime, manga and cosplay are dominant. If Tsunku and Shikura had decided to place the Café anywhere else, then I don't think that they would get as many customers, or as much coverage, as this.
This isn't desperation - this is probably genius.
So, AKB48 fans and H!P haters - like my research?
Chiima~
PS I may be wrong, you never know, but this is what I think, and this is what  I concluded with all the research I did. I had fun writing this! XD It's the first time I've been serious ;D
My Research Links:
Tokyohive Article
Glamour Hits Article
Pure Idol Heart Article
Musume Central Topic on this NewsMM bbs on this News
Afilia Magic Senior High School Information (the witch school)
Stage48 Topic on Afilia Saga East
5pb Wikipedia
Anime News Network on News