It's for the fourth day in this challenge, and another one of my personal favourite questions. It basically corresponds with the 3rd question, but you reverse the genders for the people. Got a good idea of the question? No? Well, let me show you...

Day 04: If the idol were a boy, Who would be your boyfriend?


I guess this question is kind of hard in a way, because it totally depends on who is your idol crush, or actually who was your first idol crush, and if that crush still applies to today. Well, for me I've only truly experienced one Idol crush where I have seriously wanted to date the girl, and you probably have a pretty good idea of who that is... 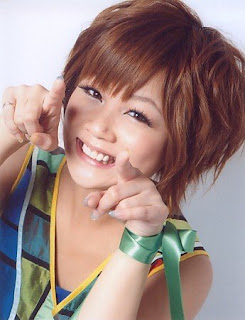 Yup, it's Niigaki Risa! More so, short-haired Niigaki where she looks like a Kpop Boy band member. Nniigaki first flourished for me when I watched her in Morning Musume's stage play of Cinderella, where she portrayed the prince, and that is why I love her even now. There I saw her as a boy, and it has kind of stuck that way for a while now. Niigaki can portray both a boy and a girl well, so whenever she's in a stage play Ii honestly hope for her to be a boy, and not a girl. She is so gorgeous, but as a guy... well, she's just wonderful, and that's how she appeals to me. My honest dream right now is for her to be the main part in Mr. Moonlight ~Ai no Big Bang~ because the lead is a guy.  It honestly killed me a lot to see Ai portray the lead singer all the time, but even when she does the girl parts, Niigaki is still amazing and beautiful - however, I really want her to portray the male roles.


To me, she is 'Papa Musume'. I will never see her as the Mother Hen. She is the boy of Morning Musume right now, until the characters of the 10th gen come out, but to me Niigaki is the first MoMusu member that I experienced as being somewhat more boyish and leader-like than the others. 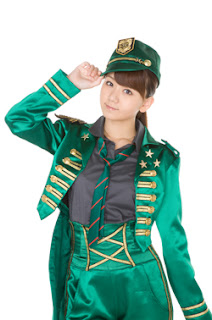 In terms of graduated members, I think that JunJun would be my playboy boyfriend who likes all the girls and is a charmer. There are videos around on youtube where JunJun portrays herself as the boyfriend of Reina, and really she makes it believable. I think that JunJun is ideal enough to be every girls playboy boyfriend, and she is absolutely stunning! It helps that she is tall, and not afraid to get up close and personal, and she is rather outspoken too. Thinking about it, there are quite a few boy-like qualities to JunJun which made her stand out in Morning Musume. Though she wasn't pushed to the front much, her manly-like personality was funny and cute, and it made you fall in love with her more.


No wonder she was portrayed as a male for Appare Kaiten Zushi!.


Sadly, Niigaki was portrayed as a girl - I was not happy (lol)