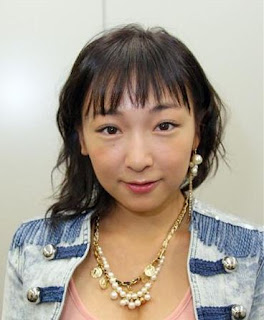 It has been reported that former Morning Musume member, Kago Ai, has been transported to hospital after she attempted suicide by slitting her wrist. It is also suspected that she took large doses of medication, however her life is in no danger.

When I saw this posted on Tokyohive, my mind just went blank - was this really happening? Had Kago Ai's life really become so bad that she was thinking of killing herself? Has she just lost all hope for herself now?

In all honesty, I don't know what to think - yes, I know that she hasn't had the best life. She's pretty much had scandal after scandal, and when we finally think that she's getting back on her feet and making a turn in her life, her boyfriend gets arrested, and she goes in for questioning. Now this.

This just makes me think now... maybe Kago Ai should just quit the idol business whilst she still can. Obviously she's not cut out for it right now, and she really needs the rest. Utada Hikaru did it when she needed to, and Goto Maki is going to start her break from the Entertainment industry soon because of the things that have happened in her life, so in all honesty, Kago should take a leaf out of their books and keep away from the spotlight for a year or two, and calm herself down.

Now, I will say is this in respect to all of her fans: Kago-san, please stay strong and think about the people in your life who care for you as well as your loyal fans. There are people who are worried for you, whether they are personal friends, or people who have watched over you as an entertainer and an idol, so please try your hardest to get better and to come back with a smile. You're 23 years old; you shouldn't end your life now, Aibon, because 23 is far too young to lose a life.

And I will also honestly say this: I am shocked, and I somewhat feel angry at Kago Ai for doing this - I know that life isn't easy on her right now, but I don't think that she should do this - there are people who do care for her, and she's pretty much throwing it back in their faces. Sadly, anger can't turn back the clock and stop what she has done - I'm just thankful that she hinted to her agency that she was going to do it. Sadly, Kago has somehow gotten herself into this mess, and however harsh it is for me to say this, she did this to herself.

I am sorry Kago-san, but for me, you are now a lost cause. I just think you should quit whilst you still can, before it really is too late.

To all of her fans: Please support her and wish for her well-being. I will also wish for her health, and I shall pray for her, however I am at the point of giving up on her - I do not admire people who try to commit suicide, and this has made me angry at Kago for trying to do this to herself. But, continue to support her, care for her, and pray for her until she gets better. I just hope that she realises that the entertainment business is no longer suited for her.

I'm just facing reality, people - and some of you may just hate me for it.