Even though I wrote a post on my thoughts of the graduation, I still haven't written a goodbye to her. I was venting the last time, but because today is officially her graduation day where I live, I will give my final goodbyes to Aibutt. 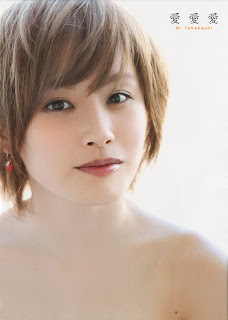 Well, as you can guess my opinions have changed since the year of '09 when I first came to listen to Morning Musume's music, and even though she is not my favourite member, I like her quite a bit and I think that she has a fantastic voice and a lovely face. Oh, and a nice butt. Can't forget the Aibutt.

So, when I heard about her graduation just after the then-new 9th gen members had joined, you can guess that I was shocked. Actually, I was more shocked that Ai-chan was going to get coverage when the 9th Gen were supposed to, so I was both angry and surprised, but then I became happy. If Takitty was leaving, then the new members and the rest of Morning Musume would be able to breathe a little more without her taking the spotlight front and centre fold. So, I was happy (and a little sad, I guess) that this graduation was going to happen.

Now, I don't think that I will cry like I did when Koharu graduated, considering Koharu back then was my Number 1 and Takahashi is something like my Number 6 now (wait, I can't even put her as a rank any more, she's not in the group :P). Well, whatever, I won't weep over her loss, but I will miss her. After all, she was the first Morning Musume leader that I experienced, so seeing no Takahashi in any of the new singles will be like an alien playing hop-scotch on the road outside of my house. I guess it's because I have become so accustomed to seeing her slapped in the centre so much, with her vocals whipping and dominating the rest that I'll be surprised not to see or hear her in Morning Musume again.

Yeah, it's gonna be weird Dx

But, I am still happy that she has graduated, and graduated in such a way, though I do wonder if Winky's graduation will be just as extravagant as this, or even Lord Gaki's I don't actually hold much hope for the other members to get such extravagant goodbyes like Ai has, because come on, nearly everyone in Japan loved Ai. She was the longest leader, has been in the group 10 years (with Niigaki surpassing now by a few hours or a day bwahaha) and has been centre in most of the singles she has been in. Of course she would get an extravagant send off back into space.

So yeah... I'm glad to see her go, and sad as well, but it is the best thing right now. Morning Musume is surely changing, and I think it is for the better, and with Ai gone now it has left a big impression. She's had the greatest send off, and the concert hall was filled with yellow as her fans said goodbye to her. Takahashi Ai has  made Morning Musume the way it is since she took hold of the leadership reigns, but now that everything is changing, she passes them on to Niigaki Risa, the new leader of Morning Musume.

It's the dawn of the new Morning Musume. So, goodbye Takahashi Ai, and hello to the new members! 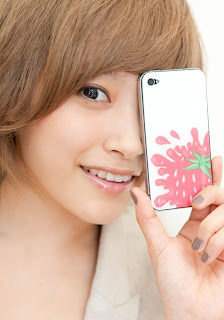 Continue to prosper as an actress, even if you suck at it! (I seriously think she's not a good actress, but that's my opinion ;D) 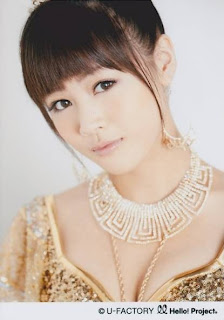 Long Live Lord Gaki, the NEW QUEEN OF H!P 8U