Yes, I WILL swear in this - what the heck you think I'm gonna do when one of my faves graduates!?


Also, whilst I'm at it, I do NOT blame Tsunku, UFA or Hello! Pro for Sakicchy's decision... this is HER choice, and I respect that, I am just shocked that it is so sudden, and the fact that in 3 days' time she will be gone from our lives... Bye Bye D;

So, if it isn't bad enough that we have had 4, yeah, 4 consecutive graduations from MoMosu alone in the last 3 years, with Takahashi's coming up next month, it seems that another graduation is lined up before Takitty's.

Except this is much, much worse than another Morning Musume member disappearing. Okay, I admit, nothing could be worse than Niigaki graduating right now, but this is still big for me ._. 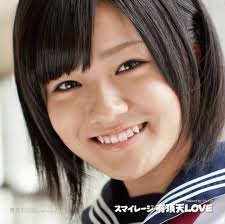 I just... want to cry now... ._. But not as much as I wanted to cry (I did cry actually) when I found out that Kamei and JunLin were graduating.
SERIOUSLY? Sakkichy is like, my beam of light in a group of squeaking girls, barring Kanon, she's awesome too, but seriously? This girl is LEAVING?
I just... I... GAAAH!
Okay, let's try and make sense here...
In all honesty I am completely surprised, and extremely sad, that Saki is leaving. She is a strong singer, one of the best out of all the ex H!P eggs, and she has been a favourite of mine since I got into S/mileage, so this is gonna be saddening for me, because I adore the girl. She's adorable, has great vocals, and she just makes S/mileage what it is - all of the girls do. So I am completely shocked that she wants to leave.
Apparently she is leaving to return to a normal life - that is reasonable, I guess. It says that she is stressed and that she has been thinking about this for a while, so yeah, if this is what she wants - who are we to stop her? Yeah, hearts will be broken, tissues will be bought and tears shed, but this is her choice - however, I wonder why now?
Well, I guess the changes that are happening to the group gave Saki some sort of escape route - if the group is changing so much now, what with new members coming in (or not) then it could give her a chance to escape and return to a somewhat normal life. I guess it is because S/mileage has had these auditions that Saki chose this to graduate and leave the life of a H!P Idol. If she had left sooner, I think that it might have made a huge dent in the fandom that S/mileage has built up, or shocked people more - but because they have recently had auditions and added new members, Saki chose a pretty good time to leave Hello! Pro and S/mileage.
Clever...
But what worries me the most is the fact that there are so many graduations going on in Hello! Pro now - it's not just Morning Musume now, it is S/mileage as well it seems. I seriously hope that C-ute don't have a graduation, because they have just started to come into their prime and show their worth as a 5-nin group, and Berryz, though not doing their best right now, are still a great group, and a loss of one of their members might be a drastic change to them...
But this is weird - S/mileage were, until the auditions, a group that I recognised as friends who all had a close bond and great chemistry. They worked well together, they looked good together, and they sang extremely well together. So to have Saki leave... well, S/mileage will just be weird without her, and it won't have those awesome vocals to balance out the squeaky voices that the other girls have.
I just really hope that the new girls live up to expectations (barring Meimi... we know she's a squeak box like the other three S/mileage girls) and show us some strong vocal talent, and become just as great as Saki is, because seriously, S/mileage has lost some great talent and a wonderful idol.
Freaky thing, though. If you look back at my post on S/mileage's New Member Announcement, I actually mentioned something about a theory of one of the original members of S/mileage being taken away whilst new members are added.
... I'm a fucking omen...
Or maybe I can predict shit... Well, whatever the case, I am a black cloud over S/mileage right now. Tsunku is holding a harpoon to my heart right this minute, I swear he is. Or at least the other S/mileage members are...
If I am an omen, why why WHY could it not have been Dawa? Oh yeah, cos you hate me, don't cha?
Long live... the best damned S/mileage member EVER!!! 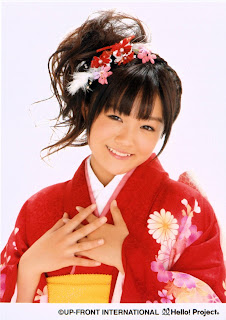 I am counting on you, Kanon... 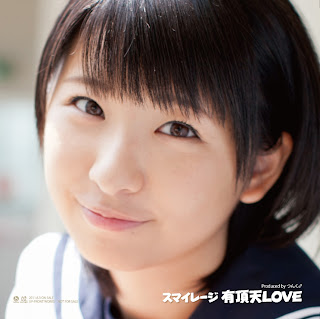 Tsunku had better fucking add Akari to S/mileage now... and Karin to MoMosu...
Fuck, MoMosu, please get number one! I need as much non-alcoholic substances to get me through this pain! And I don't drink, so it hurts more!!!!!!!
Also, please bring out the new MoMosu PVs THIS WEEK! It can numb the pain a bit more, too...
Edit: As I thought after writing this blog post, the S/mileage auditions were announced BECAUSE of Ogawa Saki's decision to graduate, however it seems that due to her contract and other issues, they could not announce it until now, which is why it is so sudden - so Tsunku basically made up an excuse to get us to believe that there was something missing in S/mileage, when really, he just wanted to make sure that they could grow as a group even IF Saki left.
Source: Hello! Sayunii
Anyway, good luck Ogawa Saki! ;___:
Posted by Chiima at 01:20