So I was pretty happy waking up today, because I went downstairs to find a package waiting for me >D and what was inside that package, you may ask? Well, just read the title...
opKOSDXOLDPLSKL;PD OMFG ONLY YOU >D 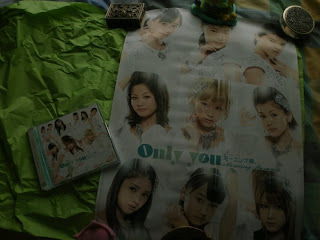 I was lucky enough to order this when they were doing the First Press Release Editions on CDJapan with an external Bonus of a B3 Poster, so I went for it, despite becoming poor! But it seems that I will be buying most singles now that have 9th Gen in, because I bought Maji Desu Ka Ska! Limited D on Ebay... but this one, I have officially bought on CDJapan xD 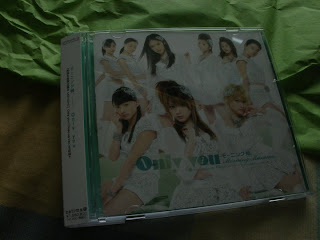 So I bought Limited B. I like the cover, but it was actually the only one that was Limited on CDJapan at the time, and I didn't want a Regular Edition... Thankfully, it shipped 2 days before the actual release date for the single and arrived in 5days! That's with normal P&P! 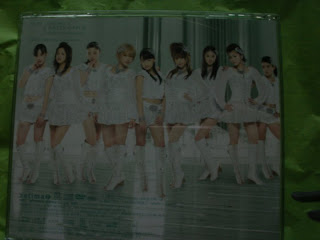 The box I received my free Poster and CD in was a bit bashed up, but I blame the British postal service... they seriously are douches... 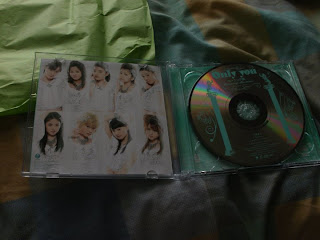 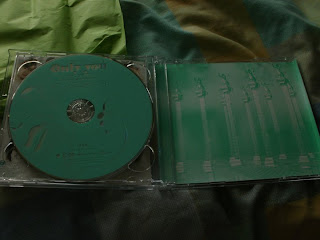 Ah, if you're wondering, I got the Close Up version... I tried screen-capping because some of the close ups are really awesome to look at, but in the end I couldn't, so boo...
Concerning the Close-Up version, I really think that both Riho and Reina didn't live up to what I expected them to. I wasn't surprised with Riho, because she was already boring the main PV, but she seemed to work better in the Close Up version than in the actual PV. Reina, however, bored me. She looks very pretty, don't get me wrong, but... well, she's just boring :/
Now I think that Zukki did a great job with acting serious, but it doesn't suit her! And for Ikuta, she looks stunning! She isn't shown enough in the PV, and it's apparent that she is shown the least, which isn't fair on her because she needs a chance too... >.>
Fukumura is just LOVELY in the PV, and so is Aika. they both look rather mesmerising in their own ways, but for me, they stole the PV. I think that out of everyone, they stood out the most. They even beat Gaki in my opinion.
Now, Gaki looks gorgeous here. I have to say that in this PV, she is a stunner, and easily beats everyone else in the looks department. However, I found her kinda meh in the close up, but she wasn't boring like Reina or Riho. She threw in a lot of 'come hither' eyes and sexy looks to entertain me, but in the PV she has so much more POW! which translates so well in the video, but in a close up version, it doesn't show as much, which is sad :(

Now Takahashi is awesome anyway, we all know that, but her movements and her beauty... well, if I wasn't already fangirling over Fukumura and Aika, who in my opinion own this close up, then I would say that she won first place. However, she has the natural talent and the beauty to capture you in this PV, and she's wonderful!

Sayumi... well, she's fine, but I didn't really notice her unless she was touching her neck and flicking her eyes up to try and give a 'sexy' look, which only Gaki pulled off >D

NOW my favourite part of this CD is undeniably the B-side. Something about this song is like Crack. I love it. I want more... MORE >D

Email ThisBlogThis!Share to TwitterShare to FacebookShare to Pinterest
Labels: Get, Morning Musume