Today on March 30th, 2019, KAYANO of LONDON BLUE graduates from the Idol world. Despite only being an idol for a short time, I want to take my time to appreciate KAYANO and her time spent with LONDON BLUE. So for the idols we adore, let's appreciate them as much as we can before they graduate from our world of idols.

It's time to appreciate KAYANO, my 1-year Idol. 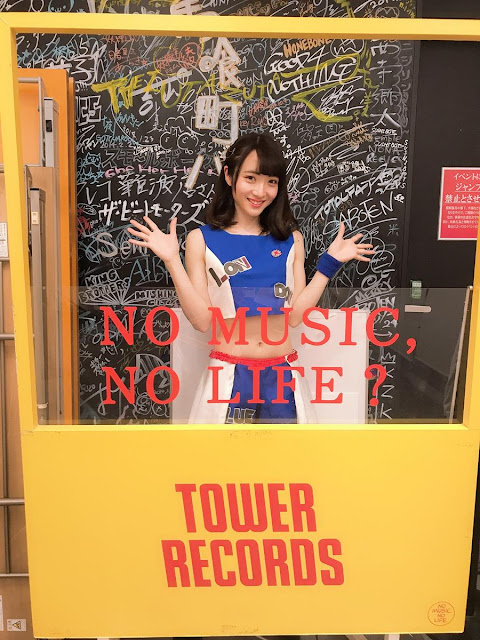 It has been a while since I created one of these posts, and because of that it is also a struggle. I do not know what to say, I cannot figure out how to word everything I want to express, and I don't know how to introduce this fandangled post of feels... so, let's start it like this:

Meeting KAYANO is one of my most treasured memories. Even though I have not been her fan for long, I feel blessed that I was able to meet and talk to such a cool, fun idol. I am happy I could see her considerate side and learn about her helpful nature, and I am grateful that, even for a short time, I could witness KAYANO's stage of her life where she acted as an idol.

I love Kominato Kayano as an idol and a performer, and it is no lie when I say that I will miss her so freakin' much now that she is graduating from the world of idols. She was a wonderful idol, and I am happy to know that she cherished her time on stage as a member of LONDON BLUE. In return, I will continue to cherish this beloved memory of her as an idol, and I will look back on my interactions with her fondly. No matter what, KAYANO will continue to stay as an idol in my heart.

An Alternative to The Conventional Idol: An Introduction to NECRONOMIDOL

Cross-posted with Selective Hearing (once again including a spiffy image gallery, a lot less obnoxious commentary, and fewer videos)

An Introduction To is a series of articles on both Selective Hearing and Okay! Musume Time that aims to introduce readers to various groups and musicians, regardless of their time within the industry. Whether they are indies or major, unknown or even relatively well-known, this series is here to give readers an insight into who is who and what they do.

Today's group is an Alternative to your generic and conventional idol. Say hello to NECRONOMIDOL!

*Please note that I am no expert on NECRONOMIDOL, and do not claim to be. I also want to point out that I may have some facts wrong, though I have done my best to ask other people about various facts regarding the members / group. At the end of the day, this is all for fun and from my own research on various fansites, websites and more. This document will not be perfect, but nothing ever is.

Though I had been aware of NECRONOMIDOL some time before I eventually became a fan of the group, it was not until early 2018 that I started to take notice of the group. After being tasked to review the album DEATHLESS for JaME UK, I came to appreciate the variety and style of NECRONOMIDOL's music, and eventually found myself booking tickets to see the group for their UK tour in June of that same year. It was a rather risky decision, I suppose, especially as I was so new to the group, but it was a risk I was willing to take. Since then, the rest has been a short piece of history, and I am now somewhat dedicated to the group (as a sideline fan).

Now, shortly after my beginnings as a fan, the group has since changed its lineup after the graduations of Sari and Yotsuyu Hina, and with this change I decided that now would be better than ever to create an introduction post for the group. So, without further ado, let's take a look at NECRONOMIDOL, the wonderful alternative to your everyday idol. 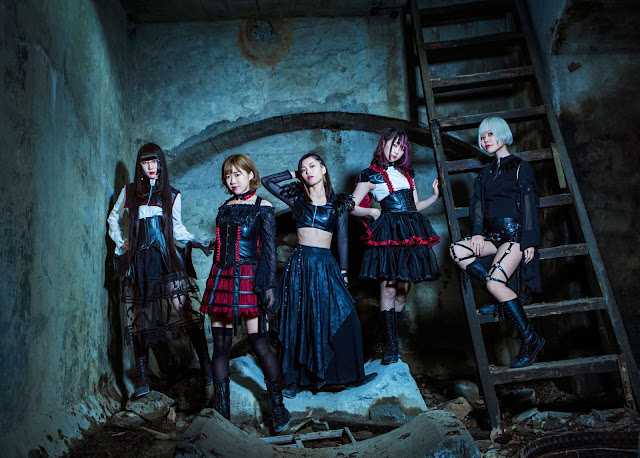 Imagined by Ricky Wilson in early 2014, NECRONOMIDOL was originally advertised as an 'occult and paranormal' themed group in February 2014, and the recruitment process began. Just under a month after advertising for members, Ricky interviewed 30 applicants before finalising the lineup with eight members - Kakizaki Risaki, Henmei Setsuko, Tachibana Ruu, Sari, Kaede, Nagata Kagura, Miyano Aisa, and Maeda Rio - four of whom left the group within two months of the audition process for various reasons. With this, NECRONOMIDOL would officially debut in late June of 2014 with four founding members: Risaki, Setsuko, Ruu and Sari.

With a few lineup changes under their belt, six official singles, four albums (one mini, three full-length) as well as a few collaborations, NECRONOMIDOL have truly evolved in both sound and image. True to their ultra dark idol group inspired by HP Lovecraft and Japanese horror image, NECRONOMIDOL has incorporated various styles into their music from the very beginning, from traditional  folk themes mixed with Black Metal, to Dark Wave and Synthwave music to create a catchy and atmospheric piece. In terms of their visuals, the group began with a traditional Japanese shrine maiden image meets paranormal activity, before delving into the aesthetics of the occult, Japanese and Western horror tropes, as well as the Cthulu Mythos.

Now a five-member unit, NECRONOMIDOL is comprised of members Kakizaki Risaki, Imaizumi Rei, Tsukishiro Himari, Kenbishi Kunogi and Michelle. The group is still self-produced by Manager Ricky - as well as his team members - but despite this, the group has become well-known both in Japan and around the world for their stage performances, otherworldly choreography and concert experience.

Their motto is: 'We are NECRONOMIDOL, and we will choke you to death!'.

And with their fifth year coming up in March 2019, NECRONOMIDOL are currently planning their next moves both with music and tours. Though they already have a set of sponsored lives lined up, as well as plans to tour abroad more - the group has already toured eight countries since their humble beginnings! - the year has only just begun for NECRONOMIDOL, but it promises to be a big one as they head towards their 5th anniversary. But what more can they do when they have already accomplished so much?

That is a bridge we will have to cross once it appears, but for now let's take a look at the members of NECRONOMIDOL and get to know them a little bit. Are you ready to see what this group is all about?